Terence Spencer was born in 1918 during a Zeppelin raid on Bedford, England. He took an engineering degree at Birmingham University, then World War Two claimed his skills as an R.A.F. pilot flying Mustangs, Hurricanes and Spitfires. He was taken prisoner-of-war twice, blown up over the sea once and had more narrow escapes than Biggles, earning himself a DFC in the process.

After the war Terence flew a single-engined aeroplane 8000 miles to South Africa without radio and only emergency supplies. He ran a successful aerial photographic business outside Johannesburg with his actress wife, Lesley Brook. Terence started shooting for LIFE Magazine in 1952, covering the troubles of the African continent including Sharpeville and the Congo revolution. He went on to cover stories that took him to far, distant, lonely and dangerous places, including the Vietnam war, various crises in the Middle East, Indonesia – and Cuba after The Bay of Pigs.

In 1963 he returned to England to photograph ‘Swinging London’. At the request of his 13 year old daughter, Cara, Terence chronicled the Beatles phenomenon as it was taking off and produced a definitive coffee table book on the band, ‘It Was 30 Years Ago Today’. He went on to shoot celebrity stories for PEOPLE Magazine which included portraits of stage and screen personalities, as well as politicians, writers and pop groups. Rockarchive has but a small selection (prints only) from his vast archive. Camera Press has the whole archive. Terence and his wife wrote a book about their lives called ‘Living Dangerously’. An understatement.

We smile whenever we think of Terence (Terry) Spencer who died on 8th February 2009. These are not wry smiles nor chuckles, but smiles of love and admiration, because that is what Terry inspired in others.

Photographer, war hero, pilot and dare-devil – Terry wore his archive like a discreet medal of bravery – for that is what photographers do. His career spanned many wars and six decades.

Often shooting for LIFE Magazine, Terry’s subject matter was truly diverse. There were his aerial pictures of South Africa – imagine Biggles hanging out of a plane with a camera in his hand, that sums him up – to Mods and Rockers on Brighton Beach, Francis Bacon in his studio, the Vietnam war, Dylan at the Isle of Wight festival and Robert Plant striding through the woods like a character from Lord of the Rings. Shooting beautifully and always providing dates and captions Terry must have been an editor’s dream.

He was a young spirit to the very end. 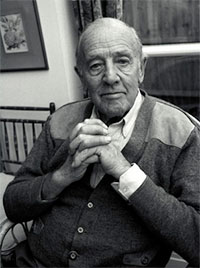